BLUETTI is ringing in the third quarter with four new tech offerings launching at the same time. Following up on the success of the AC200 in July 2020 and recently the EP500 Pro are two new power stations: the BLUETTI AC200 MAX and BLUETTI AC300, and two battery modules: the BLUETTI B230 and BLUETTI B300, all guaranteed to make blackouts bearable and any outdoor adventure fun. So let’s get down to the basics of what makes these portable generators and battery packs great for all-around indoor and outdoor use.

The BLUETTI AC200 MAX carries 2048Wh of battery capacity and runs on a durable Lithium Iron Phosphate (LiFePO4) battery cell, that guarantees you up to ten years of service.  Aesthetics-wise, this power station resembles its predecessor, the AC200, but comes with attractive upgrades. While the AC200 only carries 2000W of AC Power, this one gives a higher continuous output of 2,200W from its pure sine wave inverter. Read our review for the BLUETTI AC200 HERE

It also gives you the convenience of a 100W PD3.0 USB-C port instead of 60W from the AC200, an upgraded MPPT controller that can now support 900W of solar input (max 2800W), and a built-in 30A NEMA TT-30 outlet for tailgating. Best of all, per customer requests and feedback, it can function wirelessly via Bluetooth connection with the BLUETTI Smartphone App for both Android and iOS. 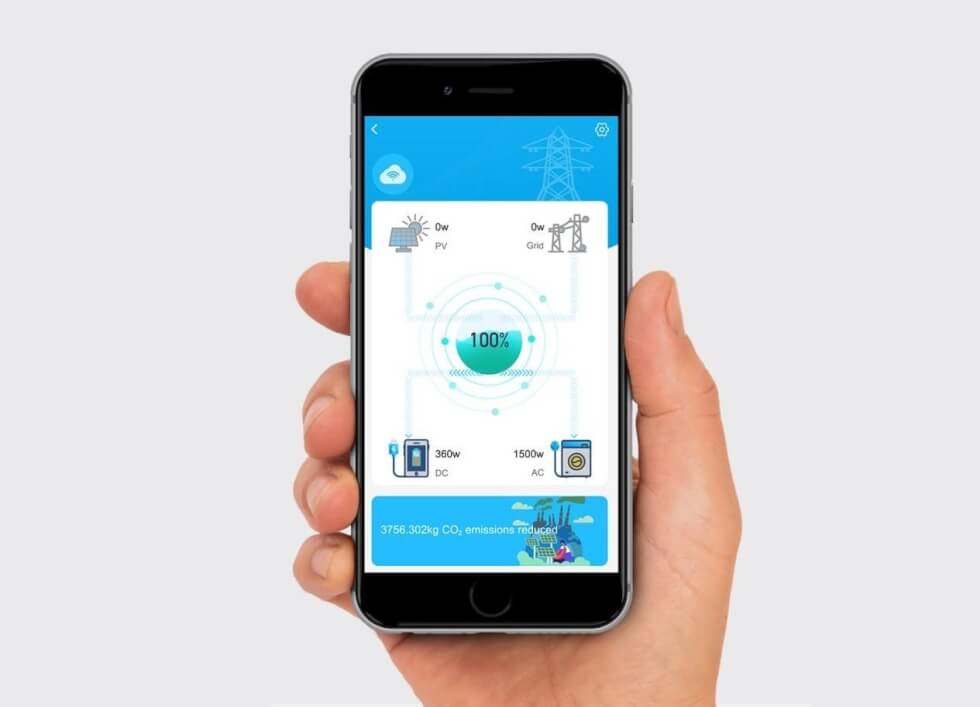 To maximize its potential, the BLUETTI AC200 MAX, dubbed as the “Challenger” on the brand’s “product roadmap” posted on its Facebook page, supports power expansion either via the BLUETTI B230 or B300 battery pack (up to two modules). Pair it with two BLUETTI B300 modules and you get a whopping 8192Wh of capacity. (Available in August 2021)

Welcome the “Dominator,” the BLUETTI AC300 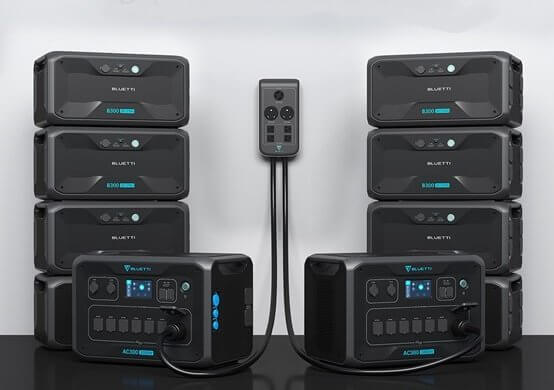 The BLUETTI AC300 features a 3000W pure sine wave inverter power and an MPPT controller that can support up to 2,400W of solar charging. This is a modular power station so in a sense, it gives you the freedom to build your own power supply. You can replace any or all batteries when the need arises.

As such, it does not come with a built-in battery. Instead, you can pair it with up to four B300 battery packs for a staggering 12.3kWh of capacity. It even supports dual voltage so you can definitely attach it to BLUETTI’s Fusion Box Pro and you have two AC300 power stations running at the same time without any problem. This way you are covered for a week’s worth, or even more, of electricity in case of outages.

The BLUETTI AC300 is for heavy-duty use but doesn’t take a trolley to haul around. Its lack of an internal battery system means it is travel-friendly, so you can bring the station and the battery module one by one and not everything at once. (Available in September 2021)

BLUETTI B300 and B230 Battery Modules

Both the BLUETTI B300 and B230 battery packs run on a high-energy efficiency and durable Lithium Iron Phosphate (LiFePO4) battery chemistry. This means it’s guaranteed to last for a decade or a lifetime depending on care and use. Each packs a battery capacity of 3072Wh and 2048Wh, respectively.

BLUETTI never fails to amaze its fanbase with its vast array of power stations and the BLUETTI AC300 and AC200 Max are no exception. Aside from them being efficient and reliable, they are also portable. Built with the design of the AC series, they come with solid carrying handles on both sides and in a robust construction. The same goes for the BLUETTI B300 and B230 battery packs. All four new products arrive in a rectangular shape so you can pile them on top of each other with ease. If you want to

If you would like your product reviewed and featured on Men’s Gear as well as its vast social media channels, e-mail Joe@mensgear.net