Bill Gates once wrote, “Energy poverty is real poverty.” And rightly so. From powering lights for work and study to running motors and machines and even the internet — all require electric energy. Without access to affordable and efficient energy sources, the poor get poorer and the socio-economic gap gets wider. Two years ago, Darshan Virupaksha and Prodip Chatterjee set up Nunam in Bengaluru with a mission to eradicate this very energy poverty. Their first solution is rooted in principles of a circular economy — new batteries made from old ones.

“A dead laptop battery still has 80% of its original potential left in it,” Darshan tells The Better India. “It can’t run a laptop, but it can still power lights and charge phones,” he explains.

They collect old batteries from e-waste dealers and distribute their repurposed energy storage systems to street vendors and small shopkeepers.

Giving batteries a second life has a long-standing impact on the country’s energy plans. Today, 90% of batteries do not get recycled and end up in landfills, causing a lot of chemical pollution. But even if recycling becomes a common practice in the near future, it is way better to recycle that which can be repurposed. With such a reuse system in place, the cost of energy can go down by 50% compared to using new lithium-ion batteries. 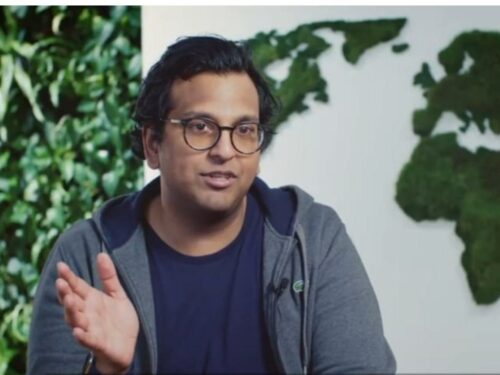 How I Met My Co-Founder

Darshan and Prodip met in 2017 at IKP Eden, the hub of Bengaluru’s thriving maker community, which has a penchant for entrepreneurship, innovation, and positive social change.

At the time, Darshan, an electronics engineer, was working at the Singapore University of Technology and Design. He used to visit India frequently in the pursuit of real-world problems to solve. Even with a career in research and academia, he was always involved in projects that touch the lives of people directly.

Prodip, a strategy consultant, who grew up in Germany, was also in India on a sabbatical in the search for  more meaningful ventures. He identified that energy is a space that needs immediate attention.

Darshan agreed. They experimented with many ideas and finally hit upon the second-life battery system. When they built the first prototype and realised it was a technically and commercially viable product, they relocated to India and set up Nunam in Bengaluru.

Nunam means “for the future” in Sanskrit. As founders, they share the common vision of a secure future for everyone, not restricted to energy alone or to themselves.

“Eventually we want to help others build similar solutions in India and other developing countries — perhaps through a mobile nano-factory that builds centres around the country which can repurpose batteries locally,” says Darshan. 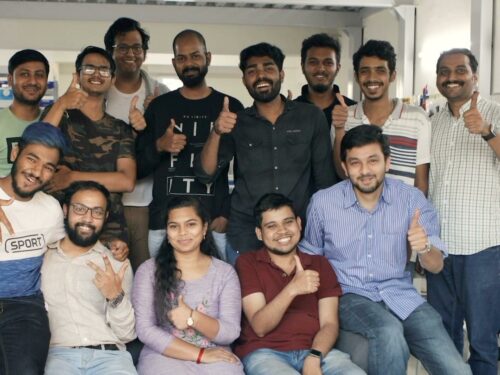 Darshan (first from right) and Prodip (third from left, top) with their team.

Simple as the concept of repurposed batteries may seem, a lot of research and development goes into it. And it’s expensive!

“We must have written over 150 proposals to CSR groups or companies interested in green tech,” Darshan recalls the struggle of getting funding.

Finally, in May 2019, they landed a research grant from the Germany-based Audi Environment Fund.

Another challenge was zeroing in on the solution. In the beginning, they experimented with smartphone batteries as well, but the duo soon realised that phone batteries vary greatly from brand to brand. On the other hand, lithium-ion laptop batteries are standardised with a fixed form factor, making it easy to design a one-size-fits-all prototype. 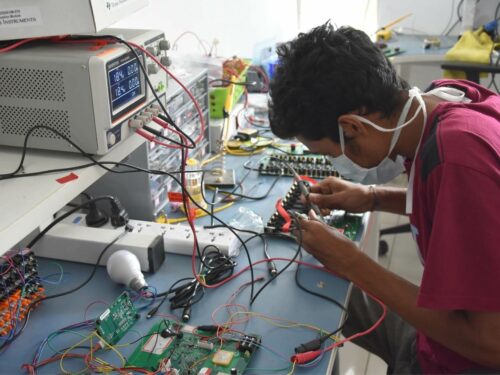 An engineer at Nunams lab in Bengaluru.

The Prototype Batteries & The Pilot

Nunam’s first prototype is a sleek, grey box of 28 interconnected lithium-ion cells salvaged from discarded laptops. It’s a 12 Volt battery with a capacity of up to 18 Ah that can power lights, mobile phones and other low-wattage devices.

Each cell and unit of the second-life energy storage system comes with a serial number and is GPS-enabled. When the batteries expire, Nunam’s team will collect them and send them to recycling centres.

The first batch of the prototype was launched in October this year. The second-life battery units are being distributed for free to vegetable sellers and other street vendors in Bengaluru, in association with SELCO Foundation. 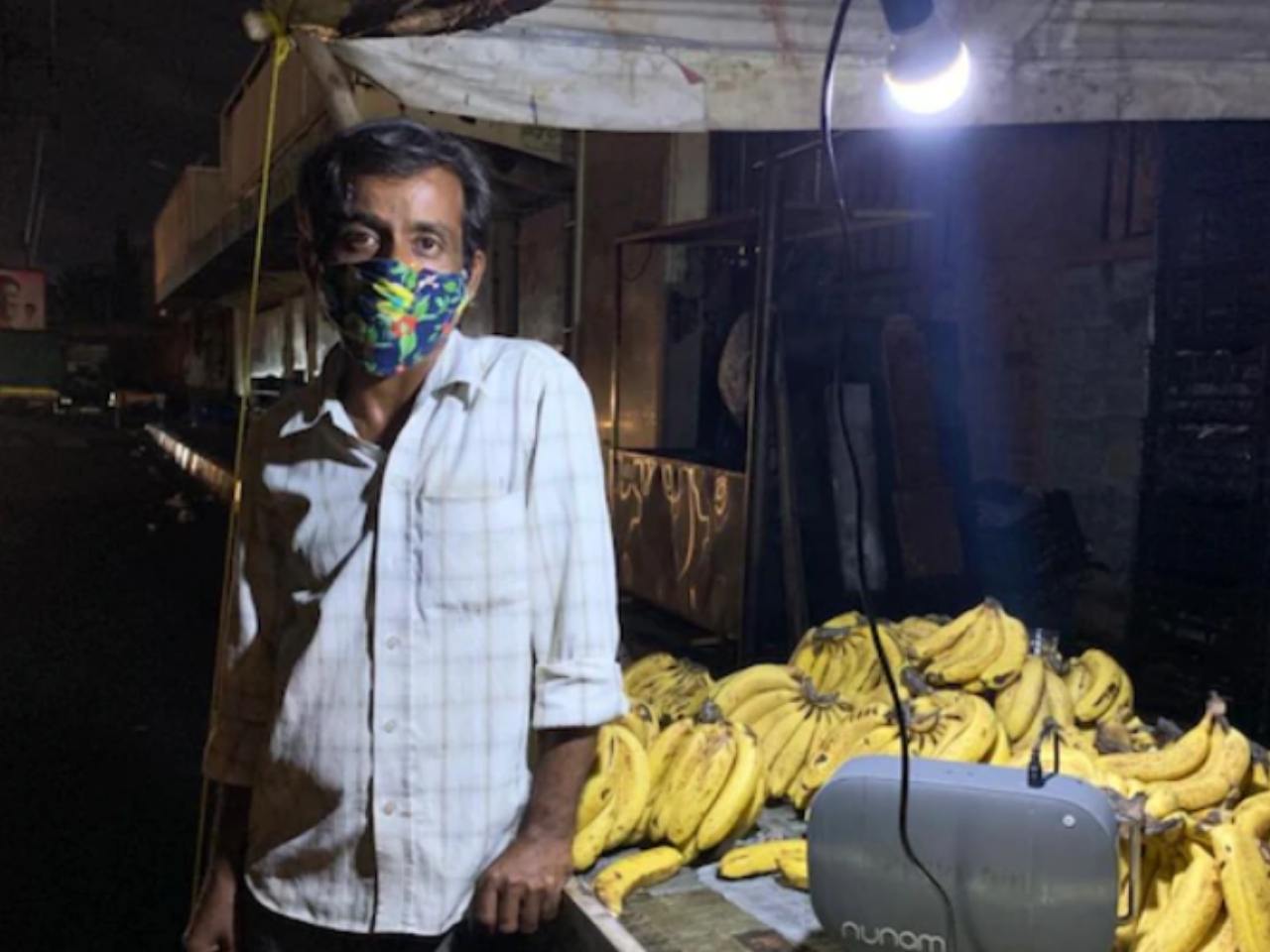 A fruit vendor powers his stall at night with Nunam’s prototype.

Partnering with TERI, another prototype made from electric-vehicle batteries is powering a network of shops in Amethi, UP.

Siddharth Mishra runs an electrical shop in Amethi selling batteries and inverters, where this prototype is kept. Just this one unit powers 40 shops in the area from 5 pm to 9 pm at Rs 5 per day. He previously used a lead-acid battery at the same monthly charge.

“Compared to lead-acid, this battery is portable and clean,” he tells The Better India. “There are no emissions or residue formation or rust. It has been working great without any complaints. I’m really happy with it,” he adds.

People who can’t afford electricity spend about Rs 10 a day on candles to keep their homes and shops lit — a total of at least Rs 300 a month. “With our prototype, they can get a much more efficient and reliable energy source at a third of the cost,” says Darshan.

A few weeks ago, Nunam’s prototype won first place in the energy giant EDF’s Pulse India competition. The contest aims to support startups developing low-carbon and sustainable energy solutions. It’s a win not only for Darshan and Prodip but for all of us hoping for an energy-abundant future.

We at The Better India want to showcase everything that is working in this country. By using the power of constructive journalism, we want to change India – one story at a time. If you read us, like us and want this positive news movement to grow, then do consider supporting us via the following buttons: